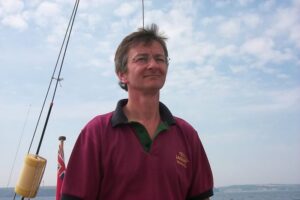 Born in Cornwall, England, I attended numerous boarding schools in England, Wales and Scotland, during which time I developed a healthy dislike of authority and often formulated escape plans, some of which actually worked. Many involved elaborate plans for sneaking out of dormitories in the dead of night and wandering aimlessly into the nearby town, for no particular reason other than needing to see life on the outside.

Coming from a naval family, I was introduced to the sea very early on and enjoyed many years of cross channel sailing with my father, himself a captain in the Royal Navy.

I later bought a beautiful wooden yacht which I sailed from Milford Haven, Wales to Benicarló , Spain, where I lived for two years before life took on a dramatic change. 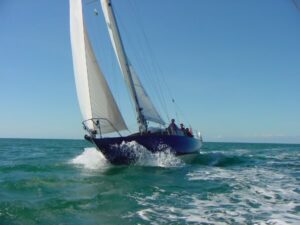 In the mid-1970s I lived in Argentina for two years during my father’s time as naval attaché at the British Embassy in Buenos Aires. We sailed from Genoa aboard the liner, Eugenio ‘C’, a passage of luxury calling at Gibraltar, Madeira, Rio, Montevideo and finally Buenos Aires.

The two years of life in a new country were formative, especially since I was only seventeen at the time. We experienced the 1976 military coup d’état first hand, learned to ride horses with gauchos and partied as hard as we could.

In November 1976, accompanied by my sister, I boarded the Blue Star Line cargo vessel, Brasilia Star at the docks in Buenos Aires and enjoyed a fabulous three weeks adventure on the high seas, bound for Southampton.

On the way we called at Santos, Rio, Madeira and Rotterdam, finally arriving in a freezing cold Southampton to start a new life back in our home country. 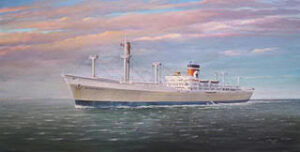 In 2005, I returned to Argentina  for the first time in 35 years and realised that I had changed more than the country, which was just recovering from the disastrous 2001 financial crisis.

After a while of wistful writing, I needed to earn a proper living, so opened a computer repair shop and a few years later started a motorcycle courier business which has thrived during the last eighteen months.

I also write online for Dave’s Computer Tips, design websites, write a lot of unfinished material and enjoy the art of motorcycle maintenance. 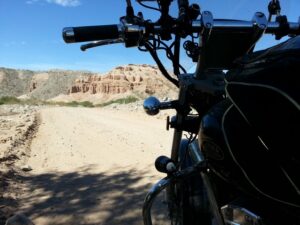 I love to ride to distant parts of Argentina, trying not to overthink the country. I don’t always succeed in the latter, but the journey is always fascinating.